Original Concept and Additional Lyrics of the Broadway musical.

In 1988 I had an idea for a musical based on Puccini’s La Boheme, in which the luscious splendor of Puccini’s world would be replaced with the coarseness and noise of modern New York.

In search of a composer who could provide the noise I went to Ira Weitzman, director of musical theater at Playwrights Horizons. Ira recommended two composers, one of whom was Jonathan Larson.

Jonathan and I met, exchanged materials, talked about my idea, and decided to work together on it. Neither of us had collaborated before, and the process was bumpy. At one point I wrote a script that included lyrics for Rent, Santa Fe, and I Should Tell You.

After Jonathan wrote music for those three songs we passed around a tape and script and tried to get theaters to bite. They didn’t. So we each got busy with other projects.

In 1991 Jonathan asked me if he could go ahead with the show on his own. I had no problem with that, so we agreed that he could do what he wanted with the show, as long as I’d be given credit—for original concept & additional lyrics—and compensation if the show should ever be produced.

For the record, although I was ambivalent about Jonathan’s ideas for Rent when we were working together on it, I have come to love the show. And as tragic as it is that he didn’t live to see his work become a huge success, I believe he knew it would be. In our last conversation I asked how the show was going and he said, with complete assurance, that it was incredible.

11 Things You Should Know About Rent.

Featured on New Now Next.

Miami Herald article about the movie.

Interview featured in No Day But Today: the Story of RENT, documentary which accompanies the DVD of the Rent movie.

Performed “Seasons of Love” with cast members at Broadway Sings for Pride event. 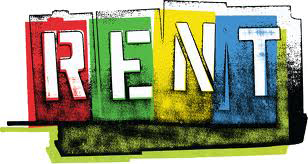 Premiered at the Lucille Lortel in summer ’09.

Cited by Blogspot as best reviewed show of 2009. 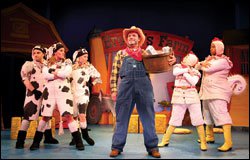 Wrote lyrics for musical based on children’s book by Sesame Street star Sonia Manzano, who also wrote the book for the show. The music is by Stephen Lawrence.

Produced at the Atlantic Theater in October, 2009. 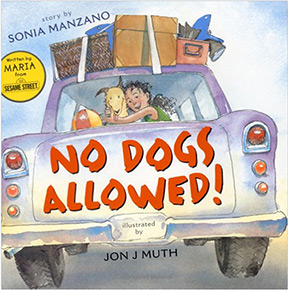 Holiday opera for all ages (3M/3W) composed by Rusty Magee.

A Christmas fairy tale in which a snow man, a reindeer, Santa Claus, and the Sugar Plum Fairy get entangled in a web of misunderstanding that can only be unraveled by a child.

An intergalactic de Tocqueville comes to earth to figure out why we shoot fireworks into the sky, and figures out something else.

Premiered at Fort Greene Park, in the summer of 2002.

Hear excerpts of the opera. 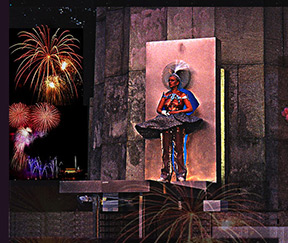